Visited the “Bewegung” stations (9 in total) at evening time during working days and over weekends.

It was found that the students were having different exercises on different stations. Also students were more interested and active in HIPS station. Eveny station had a visual guide (installed next to the station). Which is helpful to know, how to do proper exercise for a specific purpose using the installed equipment on the station.

The most busiest station was HIPS station. It was also found that mostly students were not able to understand the meanings of visual text guide (which was only written in German Language). It was realised that the International students community was interested in English Language visual text guide. Students those who were not able to understand, they were either taking help from their German friends or Google Translator to better understand.

Some were also having the look at the website for “Campus in Bewegung | Universität des Saarlandes” as it also offers the reading services in English language.

During our visit, It was found that the “Botanic Garden” station was having more interest from employee as compared to students. A group of employee were having different exercises right before the end of working hours/time. The employees were more interested in “Arm Pull” & “Ab Trainer” exercises

The instructions and information is only in German Language

Some students mentioned that their activity is not being tracked due to which it is difficult for us to better understand the calories log, diet planning, exercise schedule management. Some were also concerned about water consumption during exercise 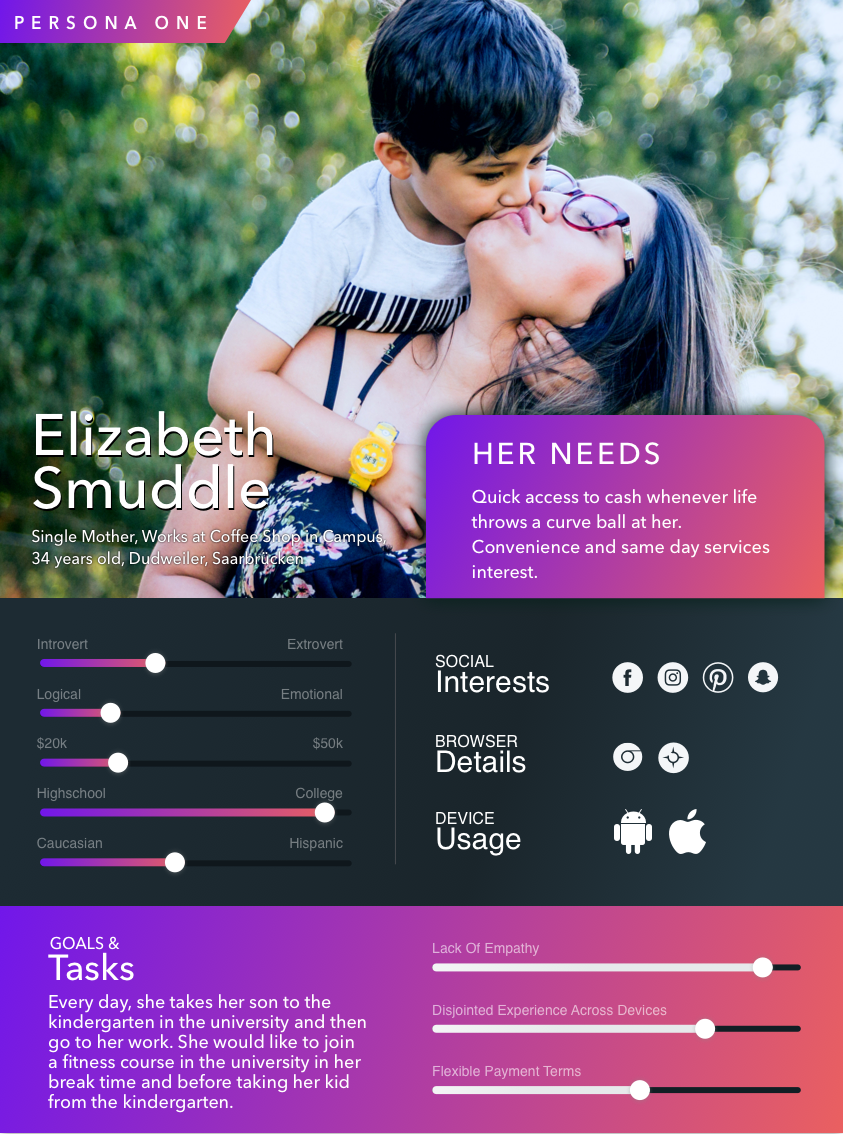 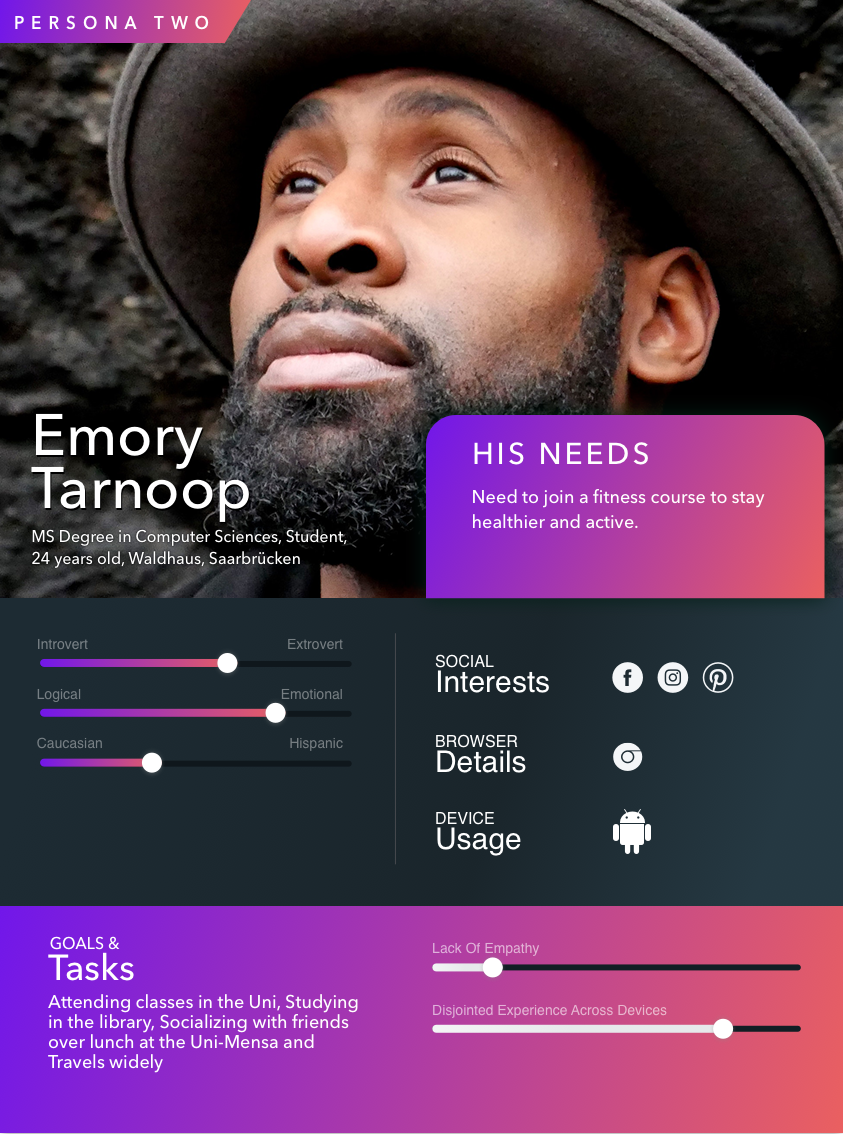 Elizabeth starts her work at 9am to 2pm at the coffee shop. She take her son to the kindergarten at 8am and pick him up at 4pm every day. After her delivery, she gain some weight and wanted to lose it, but never get the chance to participate to a Fitness club.  She heard about the Campus in Bewunung from her coworker. Since she doesn’t know german well, the signs were not very helpful to her.

Using the application, which provide an English version, she knew where to go and chose an exercising program that fits her. And she has a plan on the application and a goal she tries to follow daily.

Emory is taking four courses during current semester. He doesn't have time with all the homeworks and projects to join a GYM, However, he used to be active and play sports. He heard about the “Campus in Bewunung” from one of his friends. He installed the application(which we are assuming is using the exisitng material available on web of on Hochschul Sport app) and explored the stations and the location of them.

And he choses an exercising program the application suggests to him depending on his information e.g: heigh, weight, age. When he has a break between the lectures, after the university day or over the weekends, with the help of the application he goes to the station and do the desired exercise

HTA for the task of doing all the exercises on the fitness trail. It starts from the person who is already on the campus 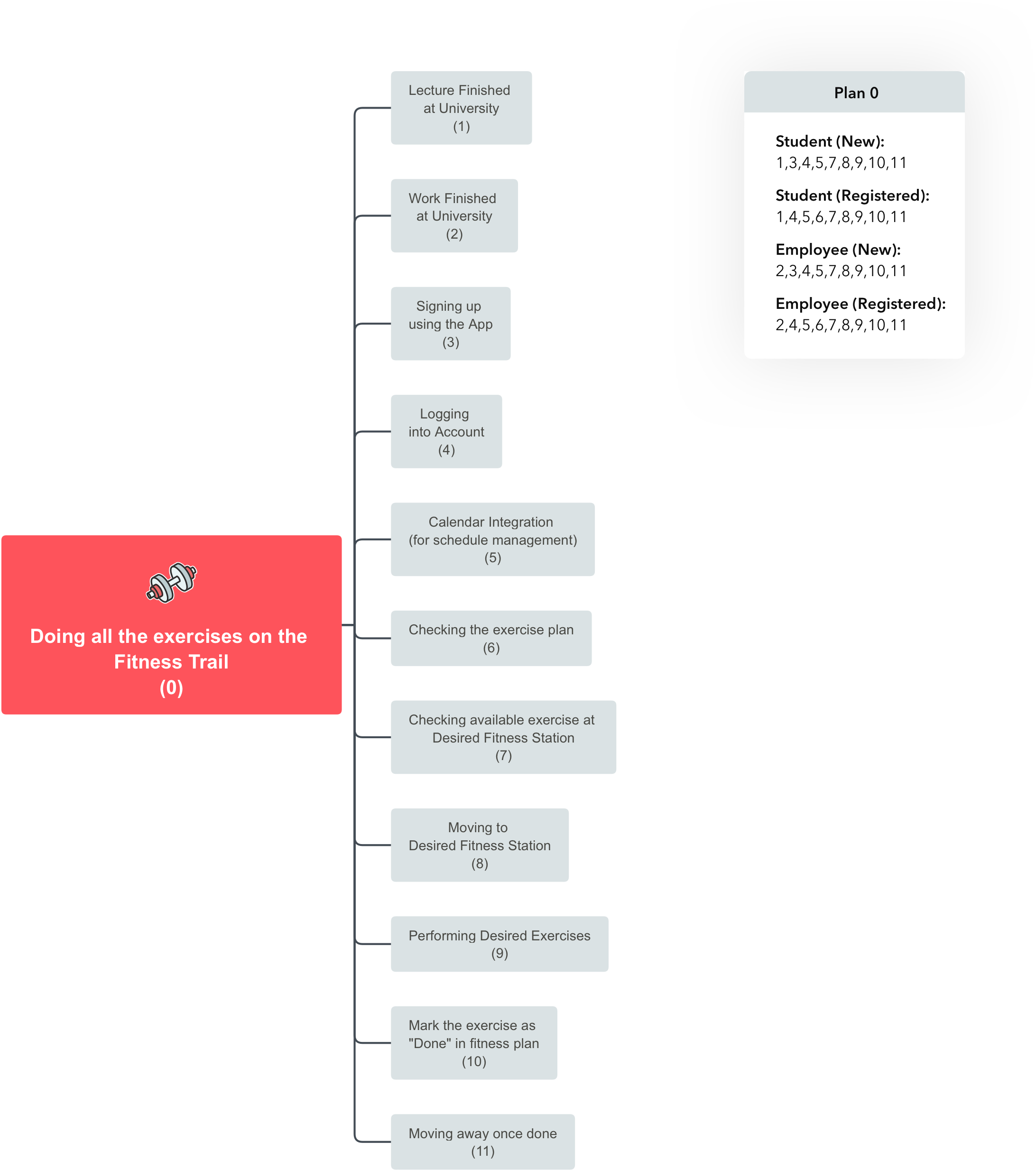